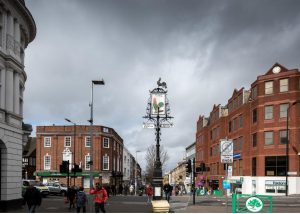 The Heritage Action Zone (HAZ) project has published three research reports setting out the history of the town centre and describing its heritage value.  These reports, which can be found here:

The HAZ project recognises that the town centre is coming under considerable development pressure and asks how its heritage can be recognised, preserved, and act as a spur rather than a hindrance as the High Street continues to change.  These new reports provide a wealth of material, including a chronology of the growth of Sutton, and a description with good photos of its key heritage. 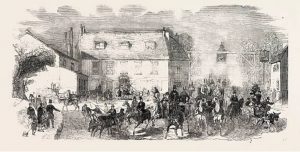 The Cock Hotel at the Cheam Road cross roads 1851

While the archaeological assessment tells the story of early Sutton and assesses what is known of the archaeology of the town centre, the HAA characterises the stages of Sutton’s development:

The report shows how the stages of Sutton’s development can still be seen in the buildings and streets of the town centre. 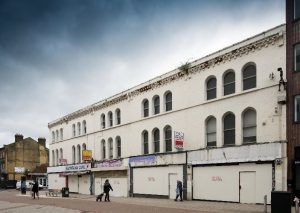 The report includes detailed description of many of the historic features of the High St.  It highlights ‘Edward Terrace’ – the white building opposite Asda.  This was built in the 1860s by Edward Rabbitts, a local footwear manufacturer who built many of the Victorian houses in Sutton.  It is built in an Italian style with many ornate features.

The report covers the remaining old pubs in Sutton including The Grapes, The Winning Post (formerly Red Lion) and the Prince Regent (formerly Cricketers) 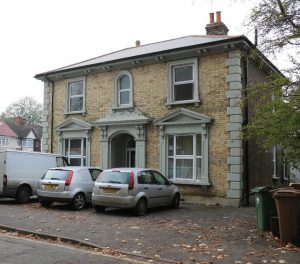 The report also discusses the significance of Sutton Green, which was the beginning of the way up to Sutton Common.    An old footpath to the northwest is now Stayton Road.   There remain three early Victorian villas at the back of The Green (Nos 1 to 5) which still give the area much of its character.

Says Cllr Steve Penneck, lead councillor for heritage: ‘There is much in these reports that will help us shape the future of the town centre, ensuring that heritage is a strong driver to future change.  Also I hope the reports will raise the profile of town centre heritage with local residents.  Many of the ground level shop fronts do not reflect that, but a lot has been retained at first floor level, giving us much to value.’