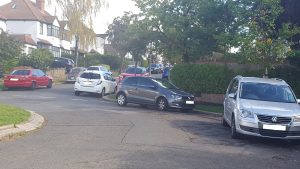 For years residents have told us that parking is their number 1 concern, and over the last two years we have been working to try to address this.

Our consultation of over a year ago showed that nearly 70% of respondents had parking problems.  We held workshops at Local Committee meetings which identified some of the issues: staff from schools, the hospital, visitors to the town and district centres, commuters using the stations: many taking up parking spaces in residential roads.  Also the pressures being caused by development in Sutton town centre. What was needed was to make best use of the available parking space, keeping clear access to roads and drives, and giving priority to residents in their own streets.

Officers then put together street by street proposals to address these concerns.  These amount to an extension of the town centre CPZ further north, and a new residents parking zone around Aultone Way, where residents have requested it because of the lack of off street parking.  Elsewhere there are proposals in a part of the ward for free parking bays together with a two hour in the morning, two in the afternoon restriction to combat all day commuter parking.

We encouraged everyone to respond to this consultation and extended the deadline to ensure a good response.

There is some useful information on this page of the Council web site.  This map shows the overall proposals, and the detailed road by road maps are still available here.

We are now awaiting the results of this consultation, to see whether the proposals have support or whether any changes have to be made.

During the consultation those who opposed the proposals spread a number of myths through social media.

It was said that we will assume that those who did not respond are in favour of the proposals.  Not true: we have to assume either that they do not have a strong view either way, or that despite our efforts they were not aware of the consultation.

It was said that the whole of Sutton will become a CPZ, etc.  Not true. As anyone who has looked at the proposals will see. 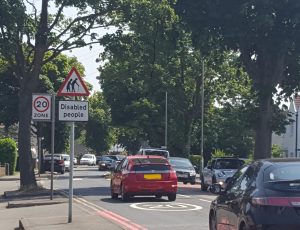 Once we get the results, we will call on residents in roads where the response has not been high, or where there are differing views, to make sure we fully understand their views, and that they fully understand the knock-on effect of schemes in neighbouring roads.  We will look carefully at the consultation results and ask for changes if it is clear the proposals are not supported.

It’s disappointing that some Conservative councillors are trying to get the consultation stopped and have pre-judged the results.  They favour a piece by piece approach to parking controls which simply moves parking from one road to another. They are against our residents’ permit charging policy which rewards residents on lower emission cars.  And they fail to recognise the issues created by commercial van parking. Once again while we work with residents on difficult issues to find solutions, the Conservatives seek to exploit this, spread misinformation, and have no long term answers to the problems.

Where there is a clear consensus for the proposals to go ahead, there will then be a further consultation on the revised proposals, probably in April/May.  This is required by law. If you agree with these revised proposals please make sure you respond positively to them so we are clear about your views and please encourage your neighbours to respond.

It is hoped that, if the revised proposals are supported, the new schemes will be in place in the summer.