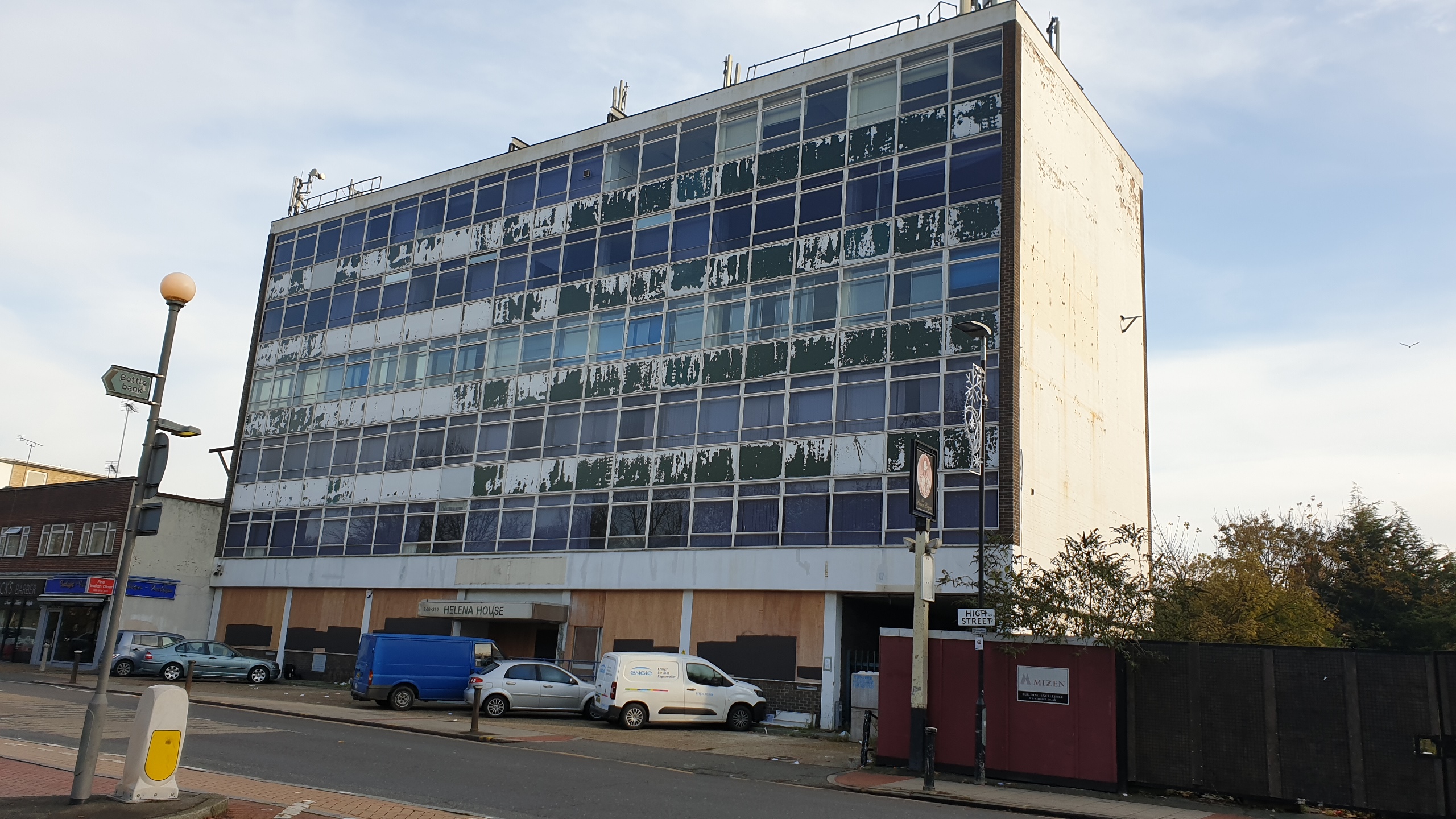 Planning application No DM2020/00476 has been received to redevelop Helena House, opposite Sutton Green. The proposal is for the demolition of the existing building and the erection of a part-5, part-8 storey building to provide two commercial/retail units on the ground floor with 41 flats above, with cycle and bin storage, disabled parking and a secured communal courtyard.

This is an important site, opposite Sutton Green, and at the northern entrance to the town centre.

The planning application can be viewed here. Any comments on the application may be made through the Council’s planning website here.  Comments should be made a soon as possible.

The new development would have two commercial/ retail units on the ground floor, on either side of the entrance to the flats.

There is a proposed vehicle service layby at the front. Other vehicles would access from the rear.  There is a small residents’ amenity area at the rear, and a rooftop terrace on the 5th floor.  There is some limited planting and benches at the front (at each side). It would be faced in red brick, and the flats would have balconies.

The flats are mostly one bed, with a small number of two and three bed.  They would all be at market rent.

Planning permission for a change of use of the existing building from office use to 38 flats was refused in 2016. The building was formerly a DWP Job Centre, but has been empty for some years and is currently an eyesore.

A public exhibition of the development proposals was held in October 2019.  At that stage the developer was proposing a nine storey block.  The current proposal is an improvement on that originally proposed, and while we welcome development of this site, we still have the following concerns: