Residents have their say at Local Committee meeting

The last meeting of Sutton Local Committee on 6 Sept was very well attended by local community groups and other residents.

There was a lively public question time, with questions from residents (no notice needed) on: 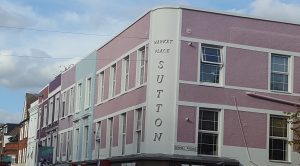 There was a report on the conclusion of the Market Place Sutton project.  The Council secured funding for these improvements and improvements have been delivered to the shop frontages and upper facades, Carshalton College art students have made the alleyways more colourful and welcoming, there has been improved seating and there has been a series of successful events.

Residents asked questions about the progress of the accessibility audit, the need for more leisure facilities in the High St, and the future of Crown Agents.

The meeting received a presentation from Council officers and Tfl on TfL’s proposal to bring the tram to Sutton – now called ‘Sutton Link’.  72% of residents in Sutton North supported the idea of the tram link in the last consultation in 2014.  TfL have now identified five options:

‘Bus rapid transport’ are electric buses running mainly in their own lanes, with priority at traffic lights –like trams without the tracks.

Public consultation on these options will begin in October.  Once a preferred option is developed there will be a public inquiry (probably in 2020).  It would take three years to build starting in 2022.  The scheme is dependent on funding which has not yet been agreed.

Cllr Steve Penneck expressed his concern at the cost of the project, especially if Sutton Council has to allow extra homebuilding in the town centre to provide the Council tax income to pay for it.  He recognised the public transport deficiency that we have, which makes Sutton residents among the highest users of cars in London, adding to our traffic congestion.  But links into central London are relatively good.  There is a stronger need for more local links, including to Kingston and Croydon.  He was pleased the Sutton-Wimbledon loop line, which would increase the frequency from 20/30 mins to 4/8 mins was still an option.

Other residents expressed concern about the disruption that building the tram would bring, including the need for bus diversions for three years, and questioned how the tram would get through Angel Hill.

All five options will be consulted on (though the Mayor hasn’t provided enough funding for any of them) so it is important that everyone responds to the consultation, organised by TfL.

There was a workshop on how to make Local Committees even more successful.  This looked at the structure of the agenda, whether we were discussing the right things, the timing and venue, and how to reach out to more people – including making better use of social media.  There were lots of good ideas that will be taken forward.

The committee received a presentation on how the Neighbourhood 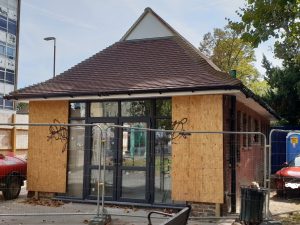 Grant we had given to the St Barnabas Bunnies Toddler group had benefitted the children with new toys and play equipment.  Also we had an update on the Sutton Green café.   More on this here.

The Committee agreed the Public Realm budget, including spending on additional litter bins in the High St opposite Sutton Green, keep clear marking at the Dibdin Road/ Stayton Road junction and replacing a street tree in Lymescote Gardens.

Also they agreed to extend the Christmas lights further up the High St as far as Sutton Green.  Retailers have agreed to meet half the cost.

The agenda and papers are available online here.

PS  The changes in street parking (part of the parking strategy) were due to be discussed at a special meeting on 15 October.  Council officers have had to cancel it because a Conservative councillor has resigned in Belmont ward, and public meetings have to be curtailed during a by-election.  The parking proposals have an impact on a small number of streets in Belmont. Marlene is pressing for the meeting to be rearranged as soon as possible after the by election, and will probably be held in November. We are really frustrated by this delay caused by the need for another election so soon after the May Council elections.